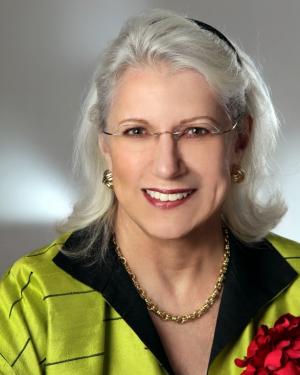 Ms. Sheffield is a recognized leader in international eye health program development and hospital sustainability, with over 48 years’ experience in Africa, Asia, Latin America, the Middle East and Eastern Europe. She has travelled to 105 countries and has lived in five countries on four continents, including the UK where she was born, the Philippines, Italy and Kenya, with professional experience in 44 countries including the Ethiopia/Sudan famine and refugee crisis from 1985–1986.

Ms. Sheffield was President & CEO of the US-based International Eye Foundation (IEF) from 1990 to June 2020. In this role, she represented IEF at World Health Organisation (WHO) meetings in Geneva and continues to consult with IEF as a Senior Technical Advisor to USAID’s Child Blindness Program. Ms. Sheffield serves as the founding vice chair of the International Pediatric Ophthalmology and Strabismus Council’s advisory board and is a member of the Board of Directors of VISION2020/USA.

Ms. Sheffield has authored 25 articles, 5 book chapters, given 70 presentations at US and international conferences and served as technical reviewer on 7 publications. Among her awards, Ms. Sheffield received a Senior Achievement Award from the American Academy of Ophthalmology (AAO) in 2014, a "Secretariat Award" from the AAO in 2013 and the “Prince Abdulaziz Ahmad Al Saud Prevention of Blindness Award” from the Middle East Africa Council of Ophthalmology (MEACO) in 2010.

Ms. Sheffield was given the rank of Dame by HM Queen Elizabeth II in The Most Venerable Order of the Hospital of St John of Jerusalem, where she served on the St John Eye Hospital in Jerusalem’s Board of Trustees from 2009-2015, chairing the Strategy Committee and serving on the Clinical Governance Committee. She was nominated to Who’s Who in America in 2020, is an Overseas Fellow of the Royal Society of Medicine-UK and is a member of DACOR-An Organization of Foreign Service Professionals.