Understanding the scale of the challenge

The STEPwise survey conducted in Kenya in 2015 indicated that around 2–3% of the adult population (about 420,000 people) had blood sugar markers consistent with diabetes mellitus, and that nearly a quarter of the population had raised blood pressure. Poorly controlled diabetes frequently leads to diabetic retinopathy, and hypertension is an additional risk factor for this complication. Recent analysis suggests that of the patients with diabetes in Kenya: 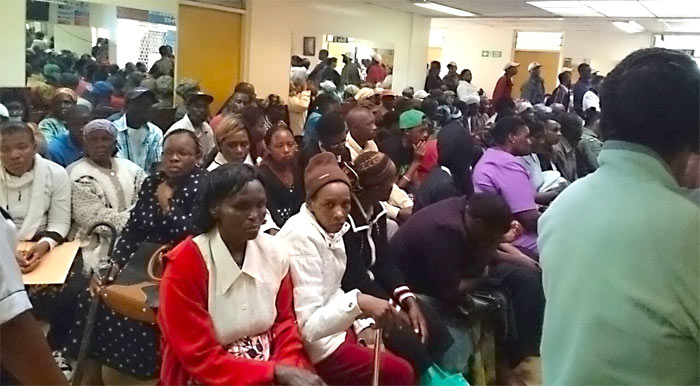 The high incidence of diabetes (above, patients at the KNH diabetes clinic) in the Nairobi area means that accurate screening for retinopathy is extremely important to help prevent progression to vision loss

A XOVA grant was awarded in 2015 to Jane Ohuma, working through the Fred Hollows Foundation and in conjunction with the Kenyan Ministry of Health Ophthalmic Services Unit. The team's objective was to increase the number of patients who are screened for eye problems at Kenyatta National Hospital through implementation of an improved screening and referral process – with the ultimate goals of both improving best practice and reducing the incidence of blindness and visual impairment due to diabetic retinopathy.

In May 2016, a non-mydriatic retina camera was installed at the diabetes medical clinic in Kenyatta National Hospital. To help maximise the benefit of the new technology, the diabetic retinopathy team was taken to Lusaka, Zambia for training in photo grading and camera maintenance. Further support was provided with an experienced technician from the UK visiting the hospital and sharing practical advice and instruction.

In order to address the under-screening of patients with diabetes, the retinopathy team implemented a new two-level assessment pathway: 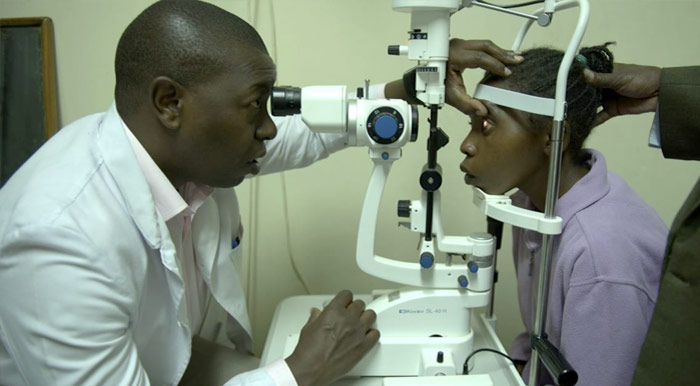 Change in practice: increases in appropriate referrals and improvements in treatment

The availability of the camera, in conjunction with the optimised pathway, has resulted in double the amount of people being referred to the hospital eye clinic, compared with referrals before implementation of this programme. An average of 178 people per month now have access to the retinopathy service – a significant improvement that was achieved over a period of only five months.

In addition to improving screening rates, the team's objective was to reduce the incidence of loss of vision in patients with diabetes. Thanks to the more accurate diagnosis procedures now available, there has also been an increase in patients receiving appropriate treatment. In the period covering June to November 2016, three times as many patients received either laser treatment or anti-VEGF injections compared with interventions before the new pathways were implemented.

There appears to a be a continuing upward trend for both referrals to the eye clinic and anti-VEGF injection treatments – a great sign for sustaining improvement in accurate screening and appropriate interventions to help minimize vision loss in patients with diabetic retinopathy. 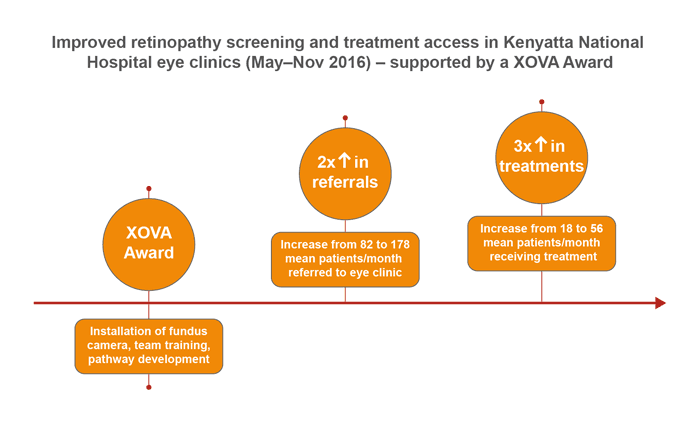 In the six months following the new camera, training and optimized pathways, there has been a two-fold improvement in referrals and a three-fold increase in treatment provided 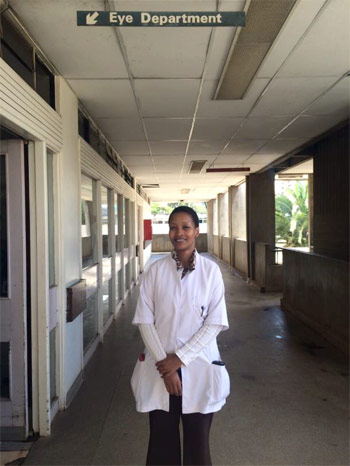